The City of Fergus falls has a long standing community hockey and skating tradition. A great part of the todays brand new Community Ice Arena can be traced back to the work done by many starting in the late 1960’s when the first ice sheet was added at the county fairgrounds. By 1986 a second rink was opened under the sweat of the hockey association and the local VFW.

Today the brand new Community ice Arena is the fruit of many groups working together toward a larger community goal. The Fergus Falls school district got heavily involved and became the site and contributed land use and refrigeration equipment purchases saving the City over $1.8 million. The local Fergus Falls youth hockey association raised well over $3 million toward the project with the City contributing $4 million to round off the $9 million project which includes two ice sheets and high school locker rooms along with hosting the City’s recreation offices and community meeting/gathering rooms.

Dave Umlauf and staff are doing a great job in promoting and creating the community impact that other businesses in town were hoping for. By attracting tournaments and figure skating events the business community has been able to see the extra residuals that having a showcase arena can bring into your town. The area hotels are seeing increases as figure skaters and youth hockey teams are coming into town more often.

The facility has offered some “free” open skate times and the attendance and interest in skating is growing. Citizens are enjoying recreational skating and learn to skate programs are back rising again. The facility shares a unique chiller system which is used by the school over the summer months to support facility use on school grounds and the very same system is used to refrigerate both ice sheets during the school year. When they have summer ice and the school district needs the air conditioning the additional refrigeration is “pre- cooled ” and stored in a hopper and used by the arena as the system balances off its needs in the later part of the day into the evening.

There are many small attentions to energy use detail that are included in the operation such as automatic motion sensor lighting and night setbacks. The lighting system is designed with t-5 lighting which uses less energy than the traditional t-8 fluorescent lighting.

MIAMA member facilities are encouraged to take the time to apply for the annual James Padgett Award presented to the facility voted on by the Board of Directors based on the applications submitted each year. The facility applying has a three year window to receive the award. In 2012 there were three fine facilities which submitted applications, Fergus falls community Ice Arena, St. Croix Recreation Center in Stillwater and the Schwann’s Super Rink in Blaine. All three have done nice things with their facilities. Members are encouraged to look into this award for 2013.

On behalf of the Minnesota Ice Arena Managers Association, we would like to wish you and your family a warm and healthy holiday season. As we enter a new year that is an Olympic year, it is our hope that you will be enjoying some precious time with your family and friends. Warmest regards, MIAMA…

Deadline: August 1st, 2012   The Minnesota Ice Arena Managers’ Association Board of Directors is offering a contest to redesign our current rinkfinder.com poster.  The new poster will be distributed to all MIAMA members to help promote the rinkfinder.com website.  Guidelines 1. Bullet points on the current poster that we want to keep are…

The Spring Workshop was held on May 4th at the new Vadnais Sports Center drawing near record attendance with 182 members participating in the activities. The 182 participants were just 7 members away from the record set last year at Mariucci Arena. It sure speaks well for the membership to have a large gathering for… 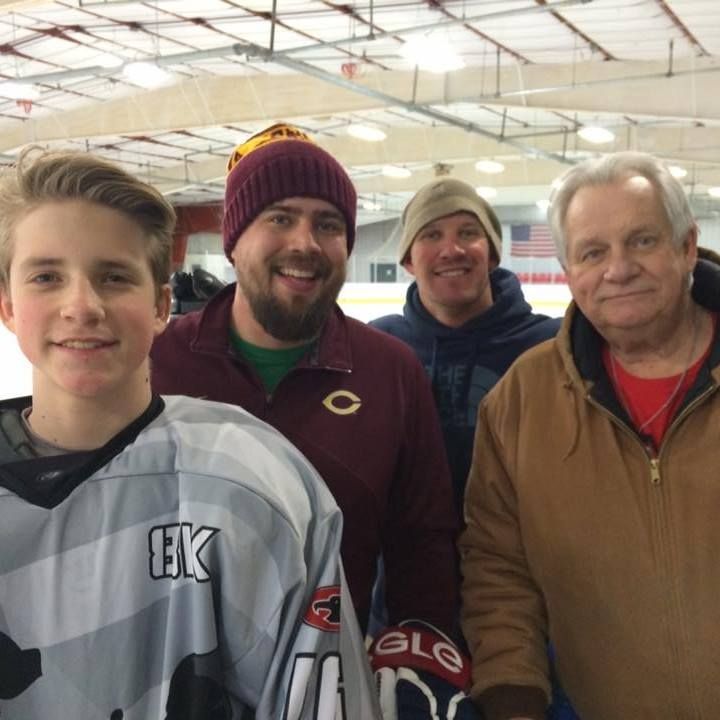 Name: Maurice Slepica Organization Name: Hallett Center of Crosby Address: 470 8th St. N.E. City: Crosby   State:  MN  Zip: 56441 Email: mslepica@hallettcenter.comPhone #: 1-218-546-2616 Website: www.hallettcenter.com   Tell us how you got into the industry? Originally, I was a minor league hockey player and made extra money helping out at the arena.   How many…