Originally built in 1982, the Eden Prairie Community Center offers services to the community including skating, swimming, room rental, racquetball, fitness classes and fitness center. A second Olympic sized sheet of ice was added in 1993. For many years plans were in place to add on to the Community Center with improved facilities for concessions, a third ice sheet and a gymnasium.

The Eden Prairie Hockey Association conducted fund raising events and successfully recruited several business sponsors, that raised over 1 million dollars to put towards the project. Seven sponsors were given naming rights for areas in the Community Center, as an acknowledgement of their donation.

Bob Lanzi is the Ice & Concession Coordinator at the EPCC. Bob quietly goes about his business for the City of Eden Prairie having been employed in Park & Recreation for 23 years. He has been in this position for 8 ½ years after spending the previous 15 years as the Adult Athletic Coordinator. Ever the sports enthusiast, Bob officed out of the Community Center during his Athletic Coordinator years, always keeping up with the Ice Arena activities while coordinating men’s leagues, broomball etc.

In 2002 Bob was asked to take on new responsibilities as the Ice and Concessions Coordinator which illustrates his value to the EP staff. The move was a natural for Bob and EP as in his spare time he served as ice coordinator for his children’s youth hockey program in a different community.

The past 3 years have been the most enjoyable of his career; watching the dreams of facility expansion come true. “It’s been a pleasure working with a great group of families who finished their hockey careers with States titles at many levels! At EPCC there is always something new & exciting taking place on a weekly basis!”

Bob’s hobbies include: boating, golfing and almost anything sports. He looks forward, like many in the arena business, to an annual spring break trip to somewhere warm.

He is married and has two college age children.

2010 was the third year of having three rinks operational during the school year. Rinks 1-2 were open for eleven months. Rink 3 had seven months of ice related activities and then conducted dry-floor events in April-August.

As part of the 2008 renovation, the Community Center created an up-dated concession café.

The café provides a variety of healthy deli items as well as traditional concession fare. 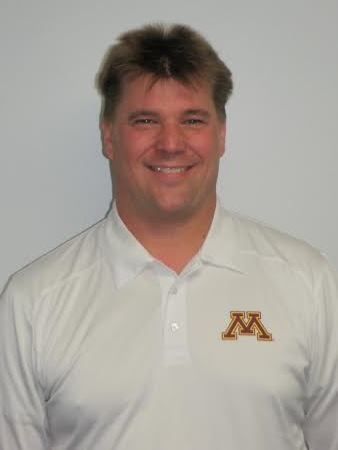 Name:   Craig Flor     Organization Name:  University of Minnesota Mariucci and Ridder Arena’s Address: 1901 4th Street S.E. City: Minneapolis  State: MN  Zip: 55455 Email:  florx003@umn.eduPhone #:  612-625-8365 Website:  http://www.gophersports.com/facilities/mariucci-arena.html   Tell us how you got into the industry?  Finishing my Park, Recreation, and Leisure studies degree at the U of M,  I needed an internship…